Put on your running shoes and come walk the 5 km course through the Meredith neighbourhood. Register for free and take part in one of the two departures for a family and entertaining walk.

The 7th edition of La Grande marche will take place on October 15, 16 and 17, 2021 in 90 cities and municipalities in Quebec. Thousands of people will walk for healthy lifestyles during free events that bring people together and are accessible to all. A hybrid format is proposed this year allowing people to walk at one of the organized events or to participate from home. Our goal is to reach as many Quebecers as possible and we are counting on you to help us achieve this.

About the Grand défi Pierre Lavoie

The primary objective of the Grand défi is to create a culture of preventive health in Quebec by encouraging people to adopt healthy lifestyle habits. The Grand défi Pierre Lavoie mobilizes people of all ages, in Quebec and beyond. To this end, various major events are organized each year to bring about a lasting change in the population: The School Tour, The Mini-Cube Tour, Force 4, The Little Expedition, The Energy Cubes Challenge, The Race, The 1000 KM, The Loop and The Great Walk. 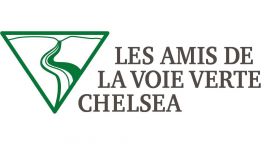